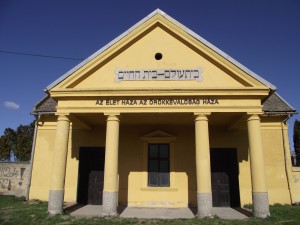 „Out of the depths I cry to you, Lord;
Lord, hear my voice.
Let your ears be attentiv
to my cry for mercy!

The first Jew settled in Subotica in 1775. and was called Jakob Herschel. He moved out of the city Paks.

On the first burials of Jews there is no accurate data, because there are no written documents from that time. Archive of the Jewish community was destroyed during the Second World War, and there are no registry books from that period that we would be able to determine the time and place of burial from.

It is believed that the cemetery, where it is today, was created immediately upon the arrival of Jews in Subotica in 1777. There is no trace nor it is known that Jews were buried in any other place.

The interior of the cemetery consists of three periods of sectors, where one sector is memorial part. The division is as follows:

1. the oldest burial part, where a burial took place until the First World War,

2. the part where burials were carried out between the two world wars

3. part for burial after the Second World War, as well as

4. memorial part of the cemetery with a monument to the victims of fascism, which was erected by members of the Jewish Community in Subotica after the liberation in memory of more than 4,000 Jewish victims from Subotica who lost their lives in deportations to death camps or forced labor. 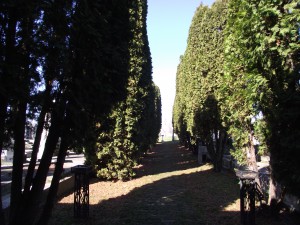 …„I keep my eyes always on the Lord.
With him at my right hand, I will not be shaken.
Therefore my heart is glad and my tongue rejoices;
my body also will rest secure;
because you will not abandon me to the realm of the dead,
nor will you let your Holy One see decay.
You make known to me the path of life;
you will fill me with joy in your presence,
with eternal pleasures at your right hand.”…
Psalm 16., 8-11.